The Search for True Happiness: Diogenes and His Lantern 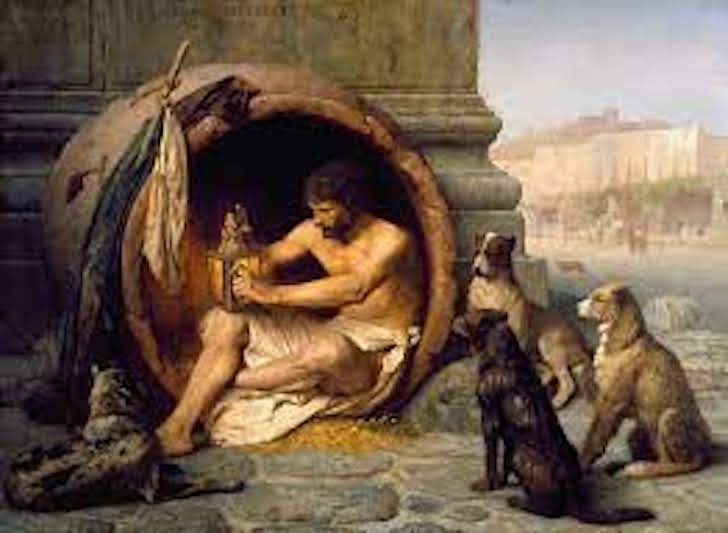 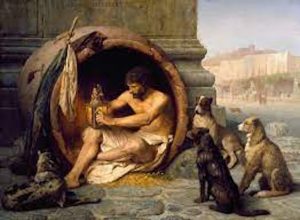 The Search for True Happiness according to Diogenes.

I am currently turning to the Greek philosophers for inspiration in my coaching. In particular, I am focusing my attention on two philosophers: Socrates and Diogenes of Sinope.

Looking for a philosopher who isn’t afraid to challenge the status quo? Look no further than Diogenes of Sinope, also known as Diogenes the Cynic. This fourth century B.C. thinker is famous for his provocative actions and intelligent maxims. To Diogenes, humans live an artificial and hypocritical life, and should learn to be freer and more themselves. This philosopher believed that human beings should not be slaves to society, and that in this they will find happiness and wisdom. He practiced what he preached by living a very simple life.

The story goes that he once went out during the day with a lamp in his hand, and to those who asked him why he acted in this way, he replied, “I am looking for a man!”

He was looking for someone who was truly capable of living according to his own authentic nature and who was happy and he could not find it. To defend his ideas Diogenes also engaged in behaviours that we might judge indecent: in addition to living almost naked in a barrel, he ate in public sitting on the floor, peed and pooped in public theatres or in front of institutional buildings and, because of that, he was called “the dog”.

Diogene believed that freedom means not being attached to others or even oneself. Primarily, men are slaves to objects, to whatever they think they want and have been told they need. He was inspired by animal and children behavior that had not been affected by social desires and fashions. He was not a slave to his own city, state or religion. When he saw magistrates catching a thief, he said “Here are the big thieves taking away the little thief”. One day he was dining on a plate of lentils. He was seen by the philosopher Aristippus who was living in richness by flattering the king. Aristippus said, “If you would learn to be obedient to the king you would not have to live on crap like lentils.” Diogenes replied, “If you had learned to live on lentils you would not have to flatter the king.”

He was also free from one of the major forms of slavery, rooted so deep in human social behavior as to become an invisible prison, a perpetual worry: the judgments of others, worrying about what others think of us. He sought freedom in every sense because the nature of a real man consists in the freedom to be able to go back to being as the world designed us to be.

Do you also think that we are all slaves to society in some way or another and that we should all try to be more ourselves?

Read more about my journey.

Book a free call with me or sign up to my newsletter to get inspirational stories, coaching tips and useful exercises.

Boost your Self-Confidence in 4 steps